HOA Foreclosure Powers:
$800 can take your home away

HOA foreclosure powers can take your home away

This is perhaps the most draconian of all aspects that an association has to enforce its powers.

Associations can take this drastic legal action when a home owner fall behind on their dues.

Bizarre as it may be and terrifying it may be homeowner association can foreclose on your property for as little as $800!

I would like to bring up a strong word of caution that when a homeowner falls behind in the HOA dues, fines and other restrictive measures can be imposed – like lose of parking and/or use of recreation areas privileges. If water is paid through the HOA they can cut if off and leave you literally dry.

Some HOA are a bit more accommodating than others but it also need to be understood that they “do not run a charity.”

Dues owed by the home owners are obligations the HOA has to pay to services providers, like landscape services and the crucial “water bill.” This last one can generate a lien for the entire complex if left unpaid… no one wants that one to happen…

In many states seems that the law does not impose a minimum amount that can trigger a HOA foreclosure.

It not only that there is always possibility of HOA foreclose if a homeowner falls behind on his/her dues payments but they can ever so bugging in other ways as well: I have seen homes with liens on it for unpaid dues…

I also had one case where the closing attorney could not locate the HOA officers to check on the status of the house I was selling. He went to the Secretary of State’s web site and it had that subdivision as inactive as it was had not been renewed for more than 3 years. So we all assumed that it was defunct, finished, dead.

Surprise, surprise - no sooner that my buyer moved in, a note was posted in his mailbox saying that he owed HOA fees.

I called the closing attorney and he explain to me that the association could simple pay back dues fees to the Secretary of State and come back to life as it had never gone away. Further more, he said that HOA people could try to be nasty to reinstate the fees, although a judge probably would hold that homeowner responsible for paying his share from the day of his purchase on…

So the closing attorney’s suggestion was to work with the HOA and pay when they reinstate with Secretary of State I thought that it was wise advice and I passed it along to my buyer.

To topple it I added one of Thomas Jefferson’s Ten Commandments:
“Always Take things always by their smooth handle.”

That buyer later reported to me that things were manageable and he was even invited to be one of the officers. Sweet! : -)

In any case, please do no let the marshal knock on your front door foreclosure papers on hand because your behind with HOA dues.

Financial Risk For Any Homeowners

This is not something they teach you at school: Sadly a vast majority of us – even among college graduates – have no information of how devastating this can be

More than half of U.S. states laws will allow a HOA foreclose a member's house without any judicial procedure in order to collect special assessments, fees and fines, or otherwise place an enforceable lien on the property which, upon the property's sale, allows the HOA to collect otherwise unpaid assessments.

Although some 20 other states will require judicial procedure before a HOA foreclosure can go forth, it does not make it less painful way for a family to loose their home.

In Georgia, if the amount owed goes over $2,000 late payment, HOA foreclosure get started in order to recover the money.

It is a process that can take anywhere between four months to a year or even longer.

Thinking that nothing can happen to you?

Think again! In some states as little as $800 can cause someone to loose their home through a HOA foreclosure.

In many states this is a real possibility, as it happen to the South
Caroline couple, Sheri and Gary Leider, they say they are all too familiar with the power of HOAs.

They used to live in a Brier Creek Country Club home. After falling on tough times, they lost their house but not because they didn't pay their mortgage, but because the HOA foreclosed on them for unpaid dues.

"It was $800 and they kept adding fees," Sheri Leider reportedly said.

Adding late and legal fees, the debt to their HOA grew to more than $3,000.

"The HOA just threw me out of my house," Leider said. "It was absolutely humiliating."

This is some other “little dangers” that homeowners of all walks of life seem not to be aware of: “late fees” and “legal fees.”

Many of the sleppery slopes homeowners get into start with an initial default of less than $300, then come the “late fees” If debt is not satisfied immediately, soon come the “legal fees” and things mushroom from there.

Unfortunately it is not a fact exclusive to South Caroline. HOA foreclosure has happened in almost every other states of the country as well.

Michael Clauer of Frisco, Texas, a captain with the Army Reserve, was deployed and serving this country in Iraq when the Heritage Lakes Homeowners Association decided to foreclosure his family's home because their monthly association dues of $800 were late.

This family’s $300,000 home was completely paid off so there was no lender action involved. May Clauer, Capt. Clauer’s wife, was said to be very depressed while taking care of their children and worring about her husband deployed in Iraq and she did not open the mail for quite some time… including HOA bills.

Their home was sold for a bidder who paid mere $3,500! Just enough to close HOA dues and legal fees.

May Clauer reportedly said: "We think our case demonstrates how much power HOAs have in Texas. HOAs can take away your home without a court order, which is more power than our local government has. We did not know HOAs could do that."

Quite in line with I have been writing all along.

"At first I didn't believe it. I didn't understand how someone can take your house and not give you anything for it," Capt. Clauer reportly said.

In 2010, the case was settled and the Clauers regained ownership of the home. Federal laws protecting military personnel may have been his defense; however, a gag order prevents details from being known.

At least one successful story ...but how many are still out there that did not receive the same media attention and do not have such outcome.

An HOA can make your staying in their community an enjoyable experience …or it can make you to repent of ever having a thought of purchasing that home.

So the more you educate yourself about your future home owners association the better you can hedge yourself against future headaches – here are additional “pages of knowledge” that might prove valuable down the road:

Now it is YOUR turn: Please give us your input!

Do you have some great comments on this topic you would like to share? Any question burning on your head? I would love to publish

YOUR HOA Foreclosure Story / Tips
Share it here and now! No membership required. No signing in bugger here. Anyone can contribute. Yes, even professionals in the field – lawyers, social workers, mortgage consultants or even other fellow real estate agents!

Everyone is welcome: Just open your heart!

Return To The Top Of This Page

"All Real Estate Is Local:"

Here Are
Homes For Sale
In Many Communities
Around Atlanta that I specialize.
I Also Will Be Honored
To Serve As Your Agent -
If You Still Do Not Have One To Represent You.


Immediately below You will find links to daily updated for ALL homes for sale
in the following areas: 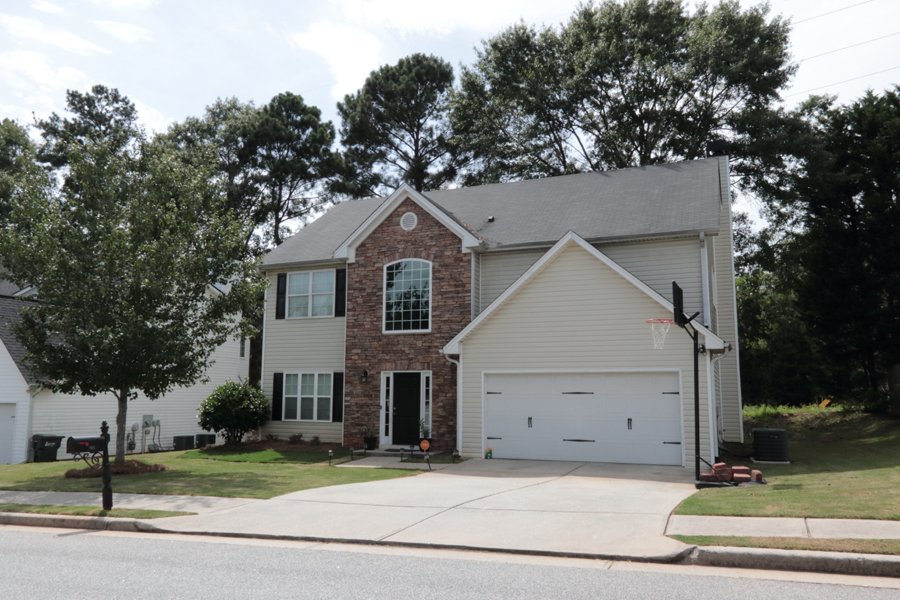 Need help to SELL YOUR house?

Condos
&
TownHomes
Listed
BY CITY
Links To Condos, Townhomes and Lofts
For Sale
In Alphabetical Order
By City:

Related Pages With
Great Useful Info
to Newcomers and old-timers in these areas - where I work:

To Search All Georgia Properties Listed
On This Site, Please Click Here:
Sitemap

Powered by Solo Build It!